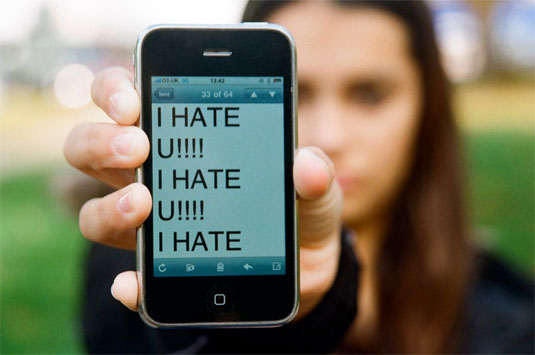 In my opinion the best television series ever broadcast was The Twilight Zone. Its combination of great writing, great acting, suspense, social relevance, and pure entertainment value can’t be beaten. Not every episode was outright frightening. Some episodes of The Twilight Zone (“From Agnes with Love” starring Wally Cox, and “The Ring-a-Ding Girl” starring Carol Burnett) were funny. Some (“The Changing of the Guard,” and “Two”) are hopeful. Most of them are suspenseful. All of them contain surprises. Some are menacing and nightmarish.

The scariest episode of The Twilight Zone ever, in my opinion, is one titled “It’s a Good Life.” In this episode the quaint farming village of Peekville, Ohio is under the control of a 6 year old boy named Anthony, played to creepy perfection by Billy Mumy. If he doesn’t like you he can wish you into the cornfield. He can do other unpleasant things as well - make three-headed gophers, kill your pets, or cause it to snow in the summertime.  Anthony decides everything for everybody, and the only acceptable response is “It’s a real good thing you did Anthony…a real good thing.” It’s all very stressful.  There is a moment in the episode when Anthony is distracted and one of the men pleads with the others to kill him, but they can’t bring themselves to kill a 6-year-old boy. And so, Anthony’s reign of terror continues, and that man is wished into the cornfield.

Can we imagine a world that frightening - a world controlled by someone with the emotional maturity of a six-year-old bully, and who has immense power over the rest of us? Yes, I think we can.

We seem to have a high tolerance for bullies nowadays. Men who behave badly, who say rude things, who exploit others, who push others around, who take every cheap shot available, who insist they are the best at everything, and who put their thumb in the eye of anyone who doesn’t approve seem to populate the fields of sports, entertainment, and politics (especially politics). I believe we Christians must reject the example of such men, and we must learn to deal with them as Christians.

That we should reject such men seems like it should be so obvious to a disciple of Jesus that my words will be superfluous – I am afraid they are not. Let me offer the following passages which make it clear such behavior is unacceptable: The Four Gospels, Acts, Paul’s letters, Hebrews, James, Peter’s Letters, Jude, John’s writings.

How does one deal with a bully? This is a skill-set we must acquire as our culture becomes more vigorously Darwinian (I am speaking of Social Darwinism). We know that we must never overcome evil with evil, but with good, and that as much as it depends on us we must be at peace with all (Romans 12.17-8). But what do we do when confronted with a bully?

Jesus says, “When someone strikes you on your right cheek, turn the other to him also” (Matthew 5.39). In other words, Jesus says, “When you face a bully don’t hit back and don’t back down.” These are fine words, but they are more than words - Jesus lives them:

One of the officers standing by struck Jesus, saying, “Is that any way to talk to the High Priest?” Jesus answered him “If I have spoken wrongly, show me. If I spoke correctly, then why did you strike me?” John 18.22-23

Jesus does not hit back, neither does he back down. He stands his ground and speaks the truth. This is how Jesus deals with a bully, and as his disciples this is the way we must deal with one as well.

Of course, those moments when we are confronted by a bully are usually dominated by the impulses of our fight-or-flight hormones and our limbic brain. A primitive, hair-trigger response will be our impulse and our action if we are not prayerful, and forearmed with the skills Jesus both teaches and models for his disciples.

Don’t hit back, and don’t back down – this is what Jesus teaches and what He does.